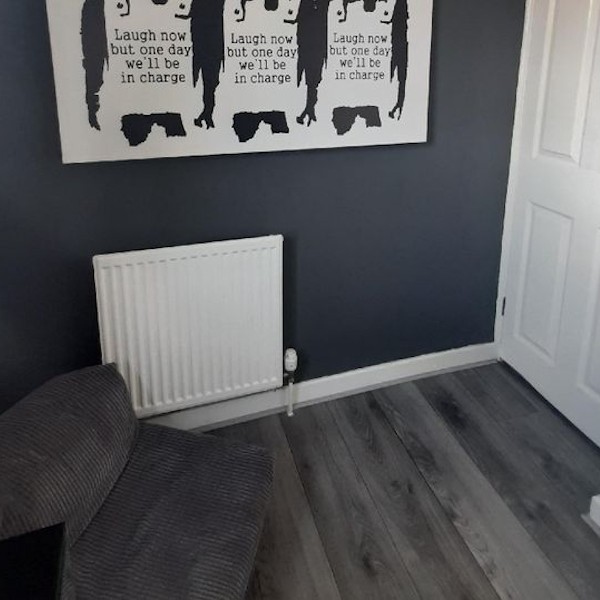 Jacqui Kelly has had her rent reduced after proving her third bedroom is actually just storage.

A Liverpool woman has won her battle with a housing association to prove that a bedroom in her house is not big enough to be considered a bedroom.

Jacqui Kelly has lived in her rented house in St Michael's in south Liverpool for the past five years.

The property, owned and managed by social housing provider Onward Homes, had been rented out to her as a three-bedroom house.

However, Ms Kelly, 38, was recently alerted to the fact that a bedroom must be 75sq ft to be classed as a bedroom in social housing.

She asked a surveyor to measure her third bedroom and found it to be less than 50sq ft in size.